How Running Saved My Life

Specifically, I have diffuse large B cell non-Hodgkin’s lymphoma.

I discovered I have cancer through running.

My relationship with running began because I thought it would give me an edge on my high school football field. I stood 5’8″ and 130 lbs. I could use any advantage I could get. If I couldn’t get bigger than everyone else, maybe I could outrun them.

I had a good coach and great friend to run with so I didn’t mind running at first. It was my first race when I fell in love with running competitively. I ran an 800m (half mile) race on a 200m banked wooden indoor track. A competitor fell down in a race before mine and they look like they’d fallen into a family of porcupines. The wooden track was so old and torn up every step produced a massive stomp, clank, and squeak with the threat of a face full of splinters if you fell.

Before the race started I was nauseous. I had no idea what I was doing and it seemed everyone else did. The gun echoed off the concrete indoor stadium and a few laps later the race was almost done. I was neck and neck with someone trying to pass me on the outside of the final stretch.

“Let’s go bitch!” came from a blur of swinging arms and legs to my right.

I went from survival mode, suffering with each stride, into a primeval mode to try and crush this clown next to me. I beat him, but I came in seventh. I was caught by the competitiveness of running and I saw I had a lot of room to improve.

I was disappointed that it took that clown provoking me to bring out my best effort, but it taught me if I was to do my best that I had to be my toughest competition. I couldn’t depend on someone calling me a ‘bitch’ in every race or workout to find that extra gear and push my limits!

I qualified for the state championships and ran a 4:39 mile placing 9th in that first year of running in high school. I quit football and began running.

I took a melange of asthma medications over the years until in college I gave them up. With or without the medication I would get these attacks. You could hear me wheezing from across the stadium or see me hunched over like Quasimodo shuffling through the finish line. I usually had about one or two asthma-free races each season, if I was lucky.

I started every race knowing I’m about to jump on the asthma-induced pain train and waited for that familiar knife to stick itself into my rib cage and jab at my lungs with each breath.

Despite this handicap I had a successful college career. I went to cross-country nationals 3 times and I still hold 5 school track records (in college I held 7 records at once).

Before I was diagnosed with cancer I had logged my 7,000th mile of running. That’s the equivalent of running across the USA and back again. The asthma-related chest pain that I’ve dealt with over those 7,000 miles took a turn for the worse in the span of a few runs.

I visited a new general physician and he said I do not have asthma, probably never did.

All these years of pain and I’m told I never had asthma? Then what is it!?

He said I have a musculoskeletal issue in my chest wall. Chest x-rays ruled out a broken rib and I was told to take advil for the pain. My doctor equated my chest pain to his aging knees, that’s just the way it was going to be for me from now on. Wait, what!? Almost over night my running is coming to a screeching halt!?

I refused to accept that and started researching forums, websites, and abstracts of scientific journals. I resigned to taking a month completely off of running and hoped that whatever was inflamed in my chest wall would heal in that time. If it did not heal, I would go back to the doctor.

It did not heal so I went back. I asked politely what other options we had to explore. The doctor ordered a CT scan of my chest but told me he didn’t think we would find anything.

He was wrong. We found two things.

1) I have a small granuloma on my right lung, the side I have the pain. I was overjoyed! Perfect! We found the damn thing that has caused me trouble my whole life now we just have to take it out and I’ll be fixed! Wrong. The doctors say it’s too small to be the cause of the chest pain. Well then what else did they find?

2) The radiologist noticed lymphnodes around my kidneys were enlarged. We needed another CT scan.

What? So we still don’t know about my chest pain and now we’re on a wild goose chase around my kidneys!?

Another CT scan later confirmed their enlargement and now I had an appointment to get that lymphnode biopsied. A few days later alone in the conference room at work with my head in my hand I listened over the phone that I had non-Hodgkins lymphoma, a kind of cancer.

Okay . . . My head was swimming, I didn’t even know what the hell kind of cancer that is, what does this mean, how far is it!? That’s not even why I went to the doctor!

My first glance at the internet told me I had a 50% chance of living.

I immediately stopped googling it and waited until I talked to my newest doctor, an oncologist. A PET scan revealed the cancer had spread behind my chest, but again, this had nothing to do with my chest pains he assured me. The good news is I had no tumors and we caught it very early.

I just finished my fifth of six chemotherapy treatments and the Doc is giving me a 90% chance of success.

It was a serendipitous discovery. That chest pain has been the bain of my running career, a major handicap, and now it saved my life.

Still, no one knows what my chest pain is. My oncologist said if it is some kind of inflammation then the chemotherapy might clear it up.

So the very pain that saved my life may also be cured as a byproduct. Time will tell.

Another byproduct of cancer is getting an insane amount of support. It’s overwhelming and I’m so very thankful for everyone’s support. Thank You! A perfect example is this video some college running mates (and olympians) created: I plan to write more frequently. You can subscribe to my blog below: 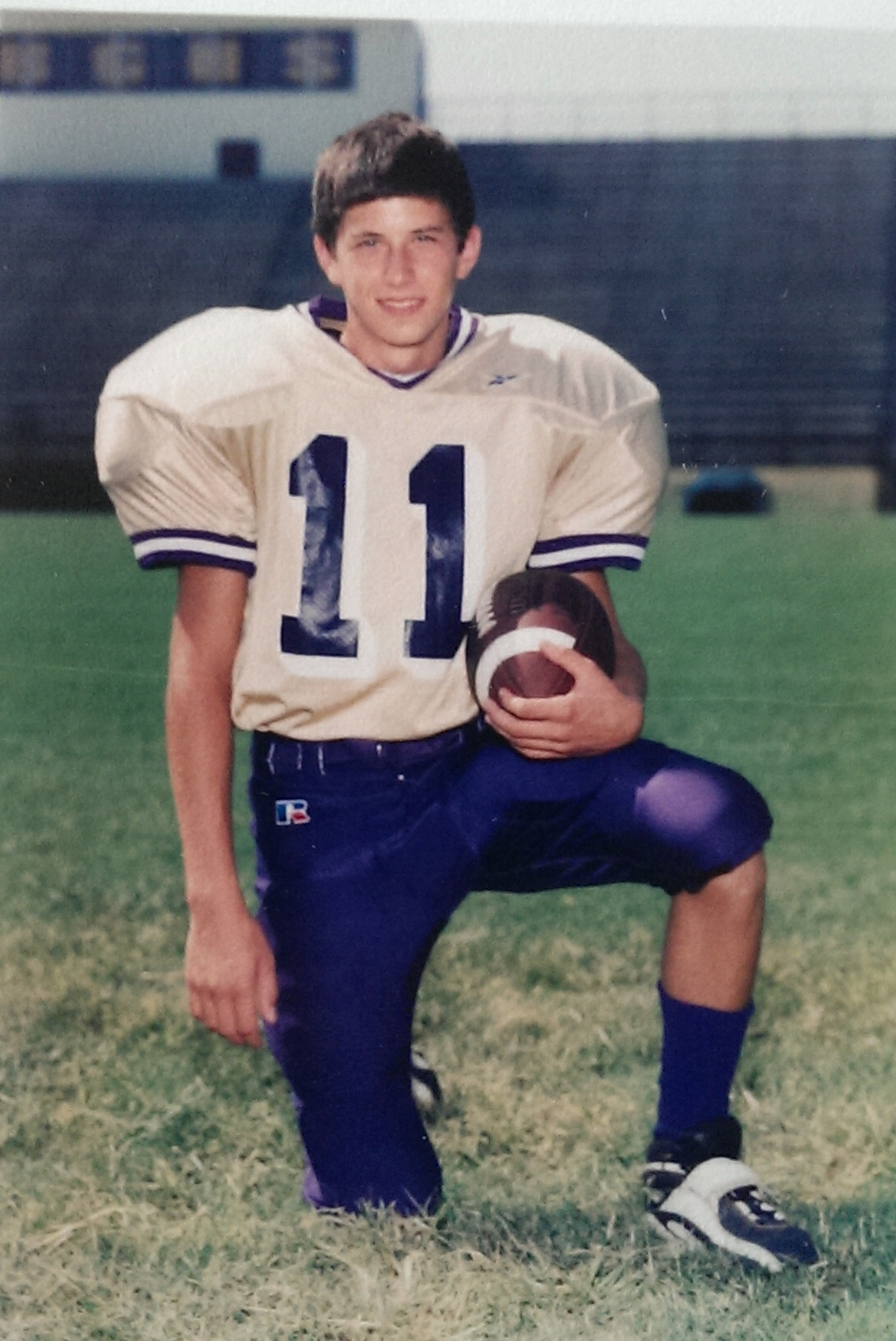 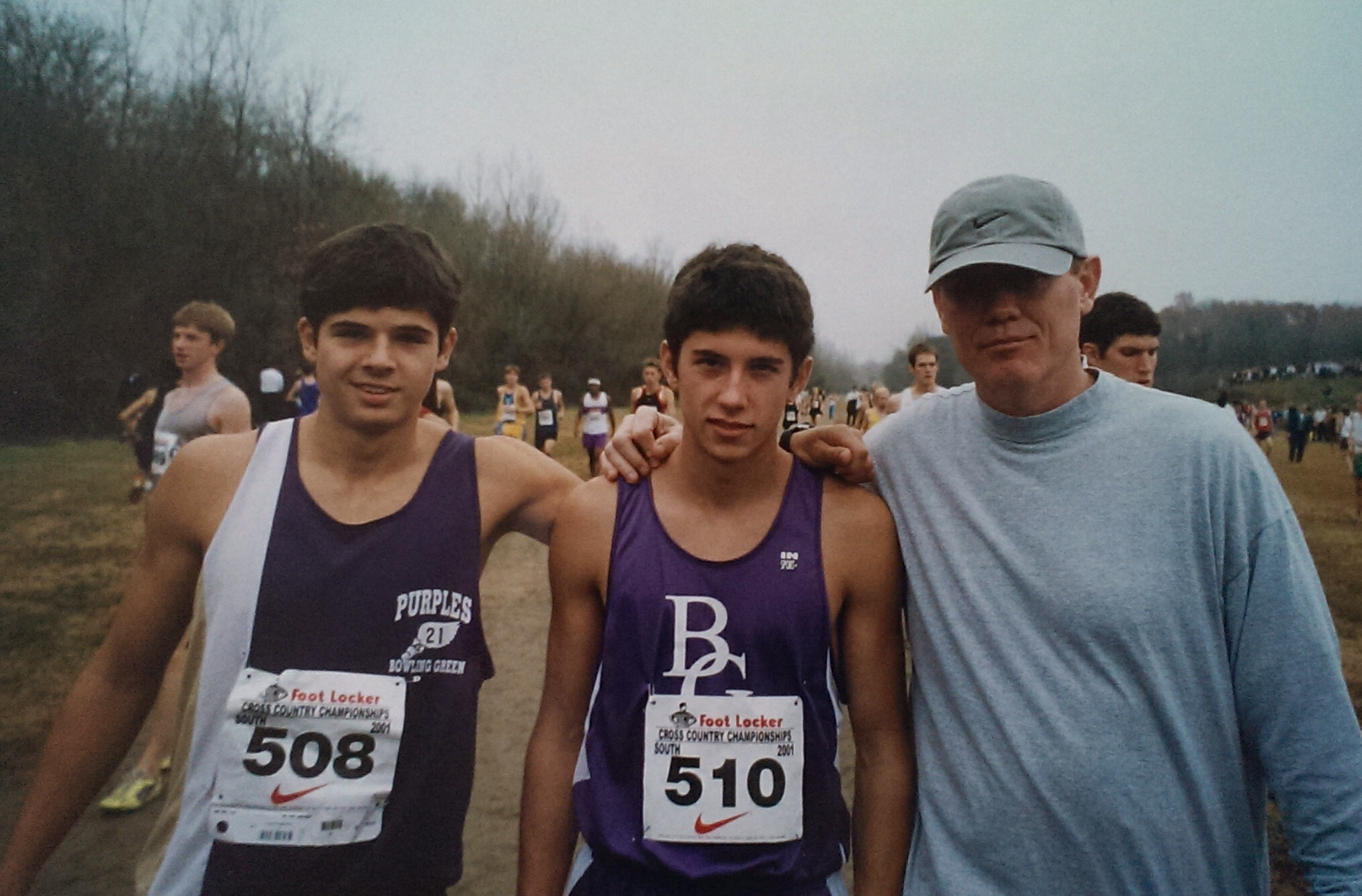 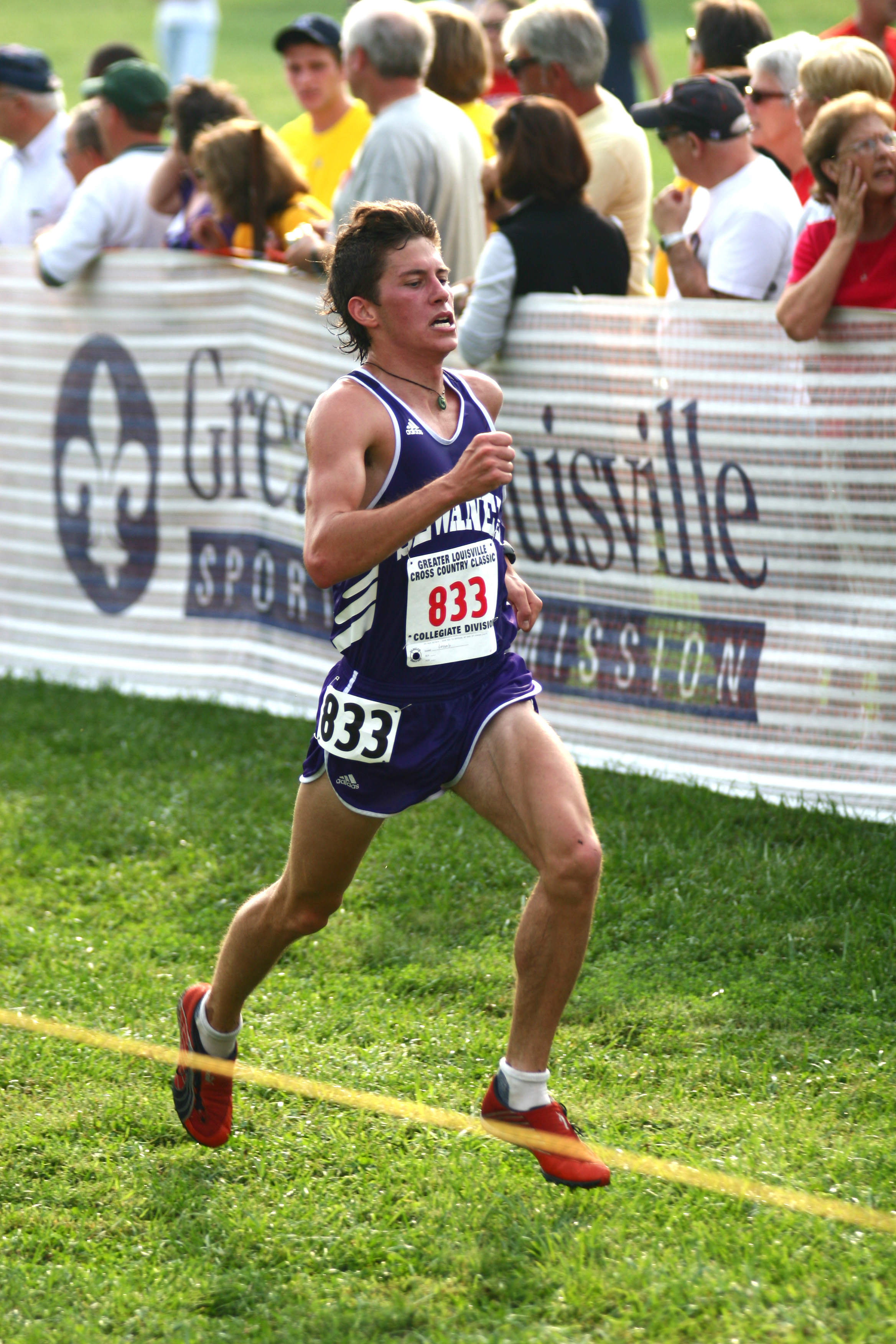 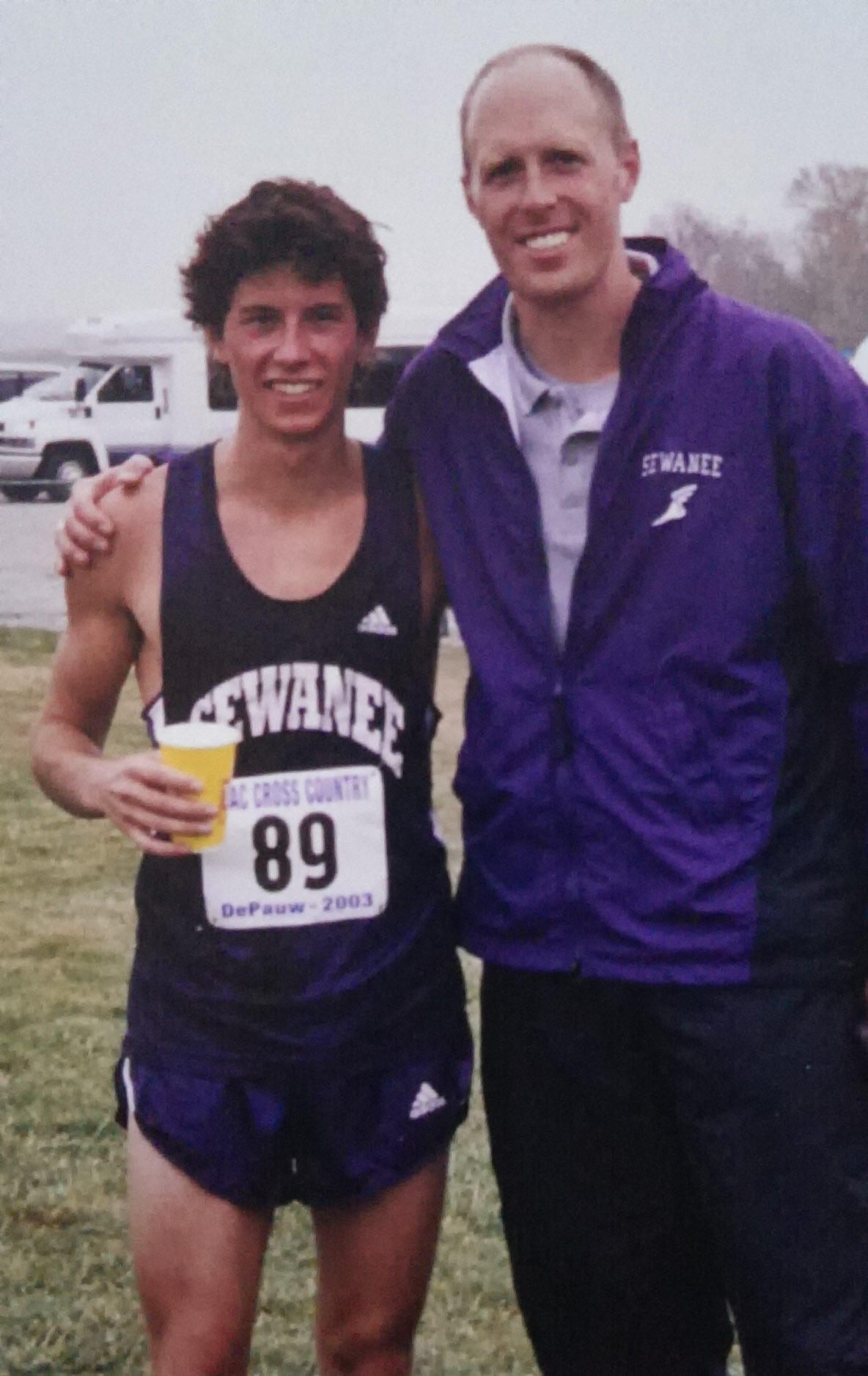 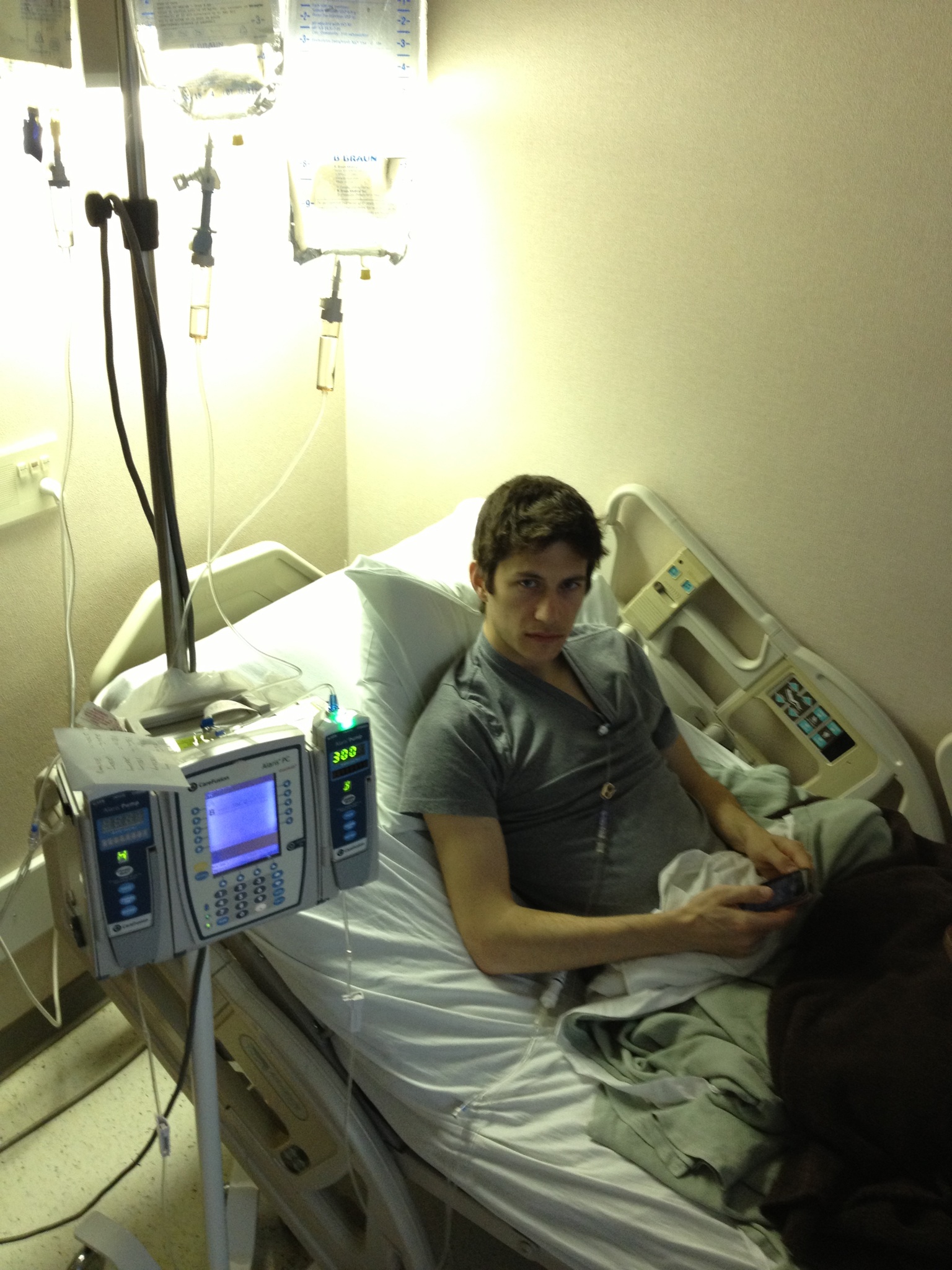