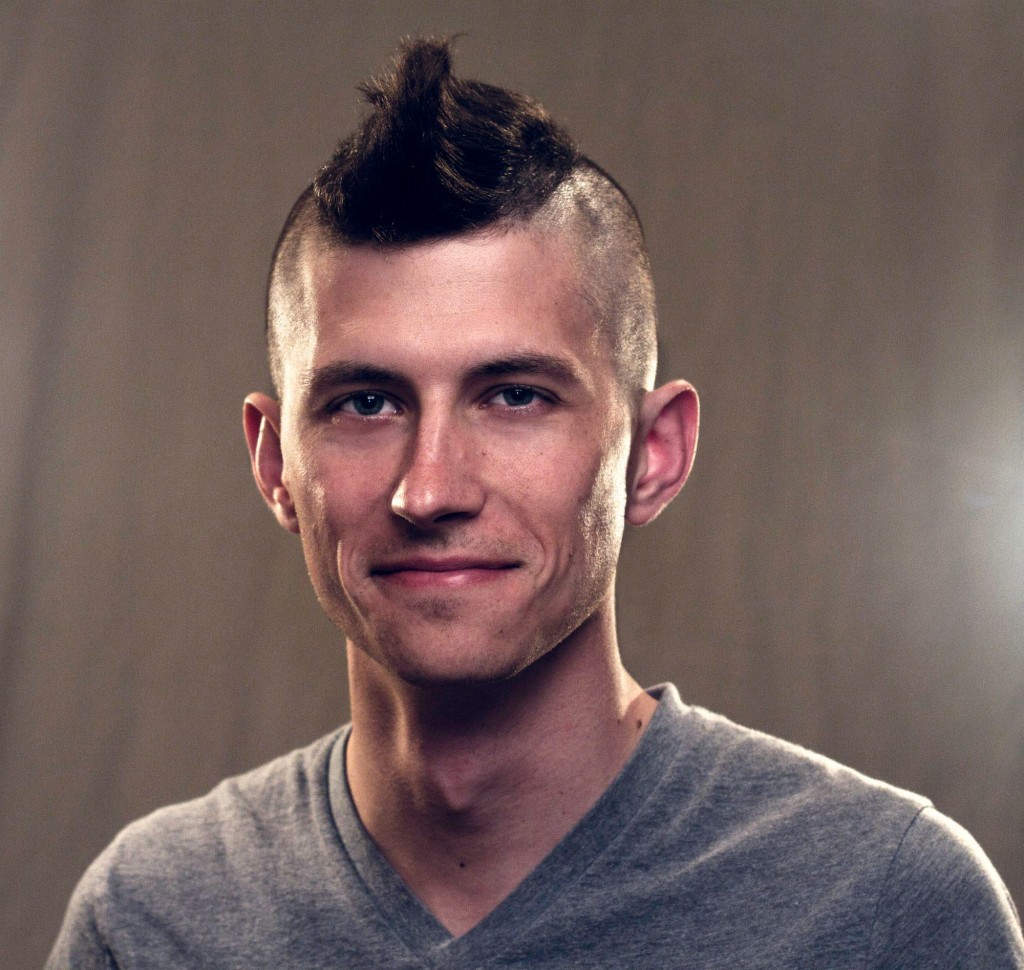 I may blog about my cancer experience more later, for now, this post is about photography. I decided to take a self-portrait before my hair fell out and have some fun with the lighting setup. Most of the people who follow me are interested in photography which is why I wanted to share how I took the photos.

I knew the kind of setup I wanted, bright rim light from both sides that would graze the sides of my head with soft fill light in the front. 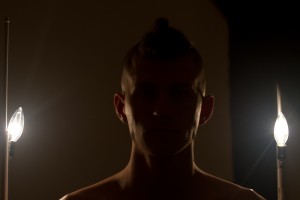 Setting the exposure for the rim lights before adding the flash

I set my exposure against the two bare bulb rim lights so they were the brightest thing in the image. Then I introduced my 580 EX2 Speedlight flash, inside an Apollo softbox, for the overhead fill light and started to expose for it.

I knew my exposure for my rim lights so I had to adjust my flash power manually so it would not be brighter than the light bulbs. The two bare lightbulbs were not very bright, which meant my flash power had to be weaker. I was around 1/64 power on my flash and it was going through the Apollo softbox fabric which reduced it’s brightness even more.

The Canon 7D can control the flash from my camera’s menu even when the flash is unattached to my camera, in this case, in a softbox. My flash also fires wirelessly as well.

bird’s eye view of the setup

The two bare bulbs are warm and my Speedlight flash is cool. If I did not want two different colors hitting my face, I had to warm up my flash to match the bare bulbs. A swatch of Rosco gels fit perfectly across the top of a speedlight flash and they are cheap. I picked a warmer, orange-looking gel and slapped it on my speedlight with scotch tape. That compensated for the orange/warm bare lightbulbs. Now that everything was the same orange color, I could set the white balance in my camera so the lights would all appear to be emitting no color (they were “white balanced”).

I did take one photo to experiment with white balance, instead of a warm gel on the speedlight flash, I put on a cool, blue-colored gel to make the color contrast between my two light sources even greater, and this is what that looked like: 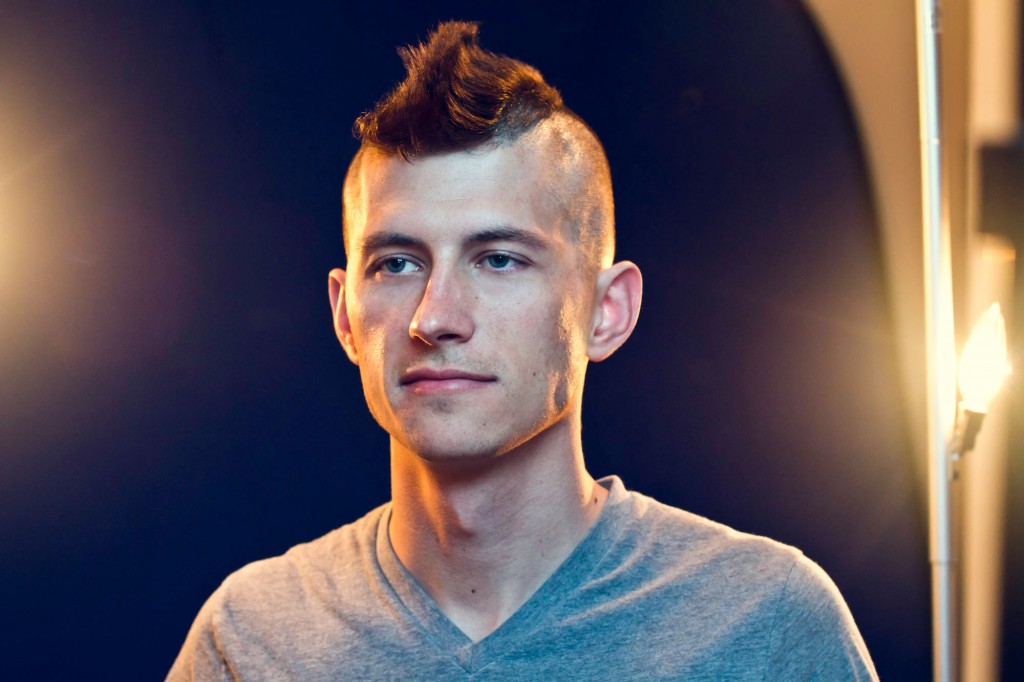 On the back of my head is the logo of where I work. Many of my coworkers cut mohawks as well. Because the women I work with couldn’t cut mohawks as easily, they made a signed piece of artwork with a mohawk. I work with some pretty awesome people. 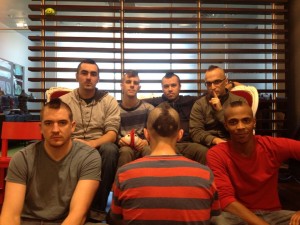 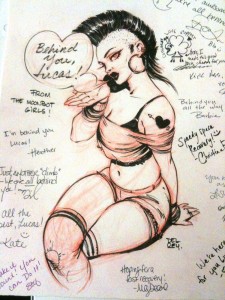 Below is all the gear I used to take this photo. I hope this setup made sense, thanks for visiting and enter your email at the top of the right sidebar to subscribe to my blog.