I’m happy to be able to share online the short film I made last year that is based on my experience of having cancer. I couldn’t have made this without the help of some close friends. Many thanks goes to them.

Looking back now it was kind of insane to make this. I started two weeks after my sixth and final chemo treatment. My body was destroyed and my energy level at an all-time low.

But there were two nights I couldn’t sleep because my mind wouldn’t turn off thinking about making this short film. At one point I wondered if my brain knows that I’m dying and it’s just trying to purge all these ideas out while there’s still time and that’s why it won’t turn off to let me sleep. I had to make this short, it could be the last thing I make. I had to take this time before I could get stuck in a hospital and undergo a bone marrow transplant if the results of chemo were not good. 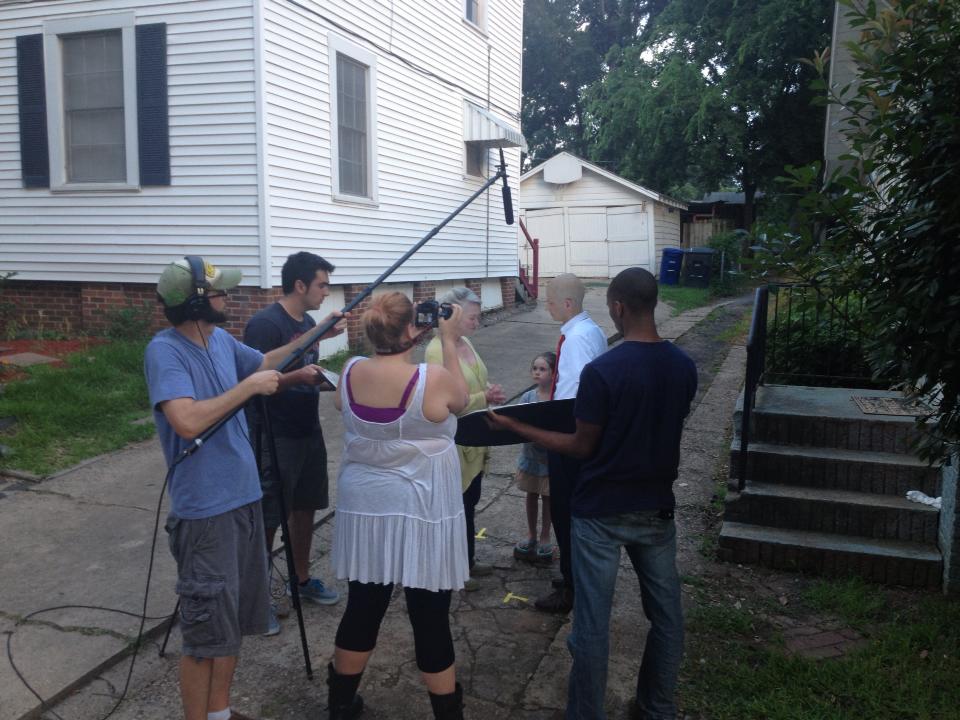 I made this short during the same time the short takes place, it’s after chemotherapy is done, but before if you know that any of it worked. When you go through chemotherapy the doctors can’t see if it worked until a few months after your final treatment. It’s a very anti-climactic and confusing time. “Congratulations” you’re done with chemo! Except . . . well, we don’t know if it worked or not yet, so um, yea, sit tight? But “congratulations” anyways!

Last month I visited my chiropractor who I hadn’t seen in a year. I explained that I had cancer is the reason he hadn’t seen me. He went on to explain that his best friend died last month from Non-Hodgkin’s lymphoma, which is what I had, and his friend was diagnosed the same time as me and is my age too. It was then I realized, if things had gone south, I would have been dead for about a month now.

On a technical level the short lacks a lot of polish that I won’t go into. Under the circumstances I’m content with it being my first attempt at a low budget independent short film and am looking forward to improving and glad I did this one.

I shot the entire short on Canon 7D‘s and used Premiere Pro and After Effects to edit it together. By far the hardest shot to get was the skydiving one! It took about 6 jumps to get that footage and you only have a few seconds to choreograph falling through the air at 120mph with the cameraman who is moving around too.

Here is a video I edited of footage that was included in my short film. The shots of me getting chemotherapy were real shots filmed by my mom on the last day I had chemo. I edited this together before I decided to make the short and after putting this together it helped give me the motivation to make a fictional short based on my experience.

Last Day of Chemo from Lucas Ridley on Vimeo.

I was also making this short for a specific film festival, the Louisiana Film Prize, which had a deadline that only gave me a few weeks to make this short. I knew storyboards and having an animatic was going to be crucial to filming efficiently to make the deadline and eliminate any unnecessary filming.

So I went about storyboarding the entire 15 minute short film and created an animatic of it to see what was working and what wasn’t. If you compare the animatic to the short I made it’s almost the exact same.

I made a behind the scenes video to show how I created the storyboards.

Also, if you wanted to watch the entire debate that had an excerpt in the short film, you can watch it below (it was a real debate I actually attended a few months before making the short film).

Thanks for watching! And I look forward to showing some more polished pieces I’ve been working on over these last three months.