Apologies to anyone who actually reads this stuff about missing last month’s book review. I moved to LA for a short animation contract and have been incredibly busy with work. Here are three books I recommend: 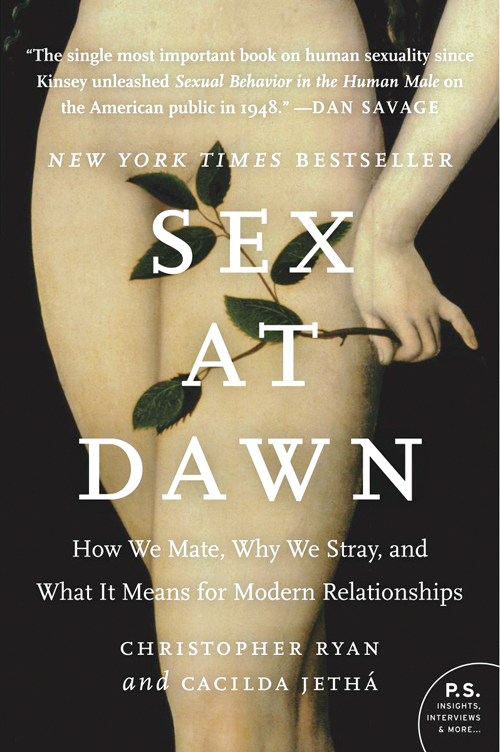 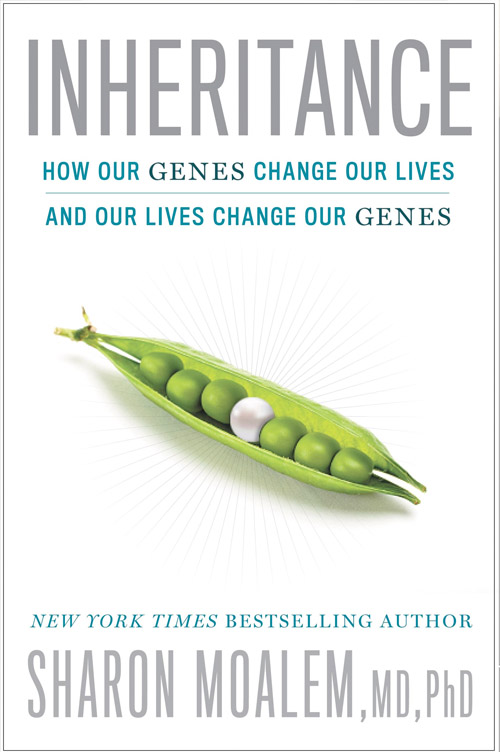 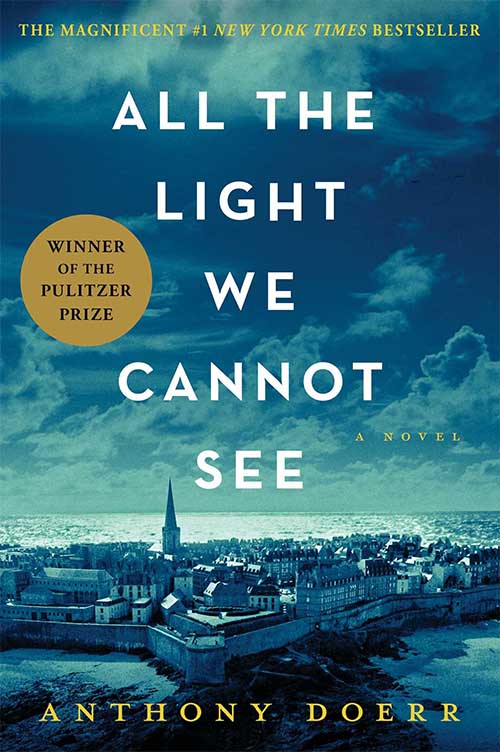 This book will challenge the way you view romantic and sexual relationships with historical and scientific evidence.

Apart from talking about sex, one of the biggest takeaways was the impact of modern agriculture. Before it’s adoption we didn’t need private property, we had a sharing economy as that was the most successful survival strategy of hunter gatherers. The book references current Australian aborigines who live a pre-agricultural life, and they thrive off their harsh environment and even nap most of the day!

The book suggests our post agricultural society is what established the mentality of monogamy as the adoption of private property in agriculture influenced how our society operates and that monogamy is not how we’ve evolved and they share pretty compelling evidence in this book.

We need a new understanding of ourselves not based on pulpit proclamations or feel good hollywood fantasies, but on a bold and unashamed assessment of the plentiful scientific data that illuminate the true origins in nature of human sexuality. We don’t argue that humans are natural born Marxist hippies nor do we hold that romantic love was unknown or unimportant communities. But we’ll demonstrate that contemporary culture misinterprets the link between love and sex. With and without love, a casual sexuality was the norm for our prehistoric ancestors.

In 2008, the catholic church paid $436 million in compensation for sexual abuse. More than one fifth of the victims were under 10 years old.

In the US, [pornography] generates more revenue than CBS, NBC, and ABC combined and more than all professional football, baseball, and basketball franchises.

Both concealed ovulation and extended, or more accurately, constant sexual receptivity evolved among early human females as a way of developing and cementing the pair bond by holding the attention of the constantly horny male mate. This capacity supposedly worked in two ways, first because she was always available for sex, even when not ovulating, there was no reason for him to seek other females for sexual pleasure. Second, because her fertility was hidden, he would  be motivated to stick around all the time to maximize his own probability of impregnating her and to ensure that no other males mated with her at any time, not just during a brief estrous phase.

Recall that the total number of monogamous primate species that live in large social groups is precisely zero.

Throughout the world the shift to agriculture accompanied a dramatic drop in the quality of most people’s diets and overall health.

|
[Summarizing a point: In a famous study in 1995, the sweaty tshirt experiment, women smelled a t-shirt men had worn and then chose which they were most attracted. They chose t-shirts from men who had dissimilar immunity. This implies that evolutionarily the most successful offspring were possible by giving it a stronger immune system that had a larger genetic variation from which to pull. But, women on oral contraception chose attractiveness randomly, not based on this deep seeded evolutionary olfactory trait. This book posits this as a contributing factor to the current dissolution of marriage as many women on oral contraception meet their future husbands and, once married, the women stop taking the pill and become less interested in their husband as they regain this olfactory sense.]
|

My father, my brother, and I have all had cancer, at the same age. Yet, we’re told the types of cancer we had are not genetic. Clearly there is something going on genetically and this book gave specific genomes to research like BRCA1 that can have a thousand known mutations that can predispose a person to cancer.

I highly recommend this book. Just these few quotes below are mind blowing.

This process is mediated and orchestrated by how you live, where you live, the stresses you face, and the things you consume.

And all of those things can be changed. Which, in very certain terms, means you can change. Genetically.

Knudson hypothesis is where two or more changes to our genes can set the stage for us to develop cancer. Knowing that you’re one gene away from cancer, as Kevin discovered through genetic testing, should make you more careful about how you treat your genes. Radiation, organic solvents, heavy metals, and exposure to plant and fungal toxins are just a few ways to damage and adversely change your genes.

A queen bee and her female workers can come from the same parents, and they can have completely identical DNA. Yet their behavioral, physiological, and anatomical differences are profound.

Why? Because larval queens eat better.

That’s it. That’s all. The food they eat changes their genetic expression – in this case through specific genes being turned off or on, a mechanism we now call epigenetics. When the colony decides it’s time for a new queen, they choose a few lucky larvae and bathe them in royal jelly… The one who murders all the rest of her royal sisters first gets to be queen.

Take spinach, for instance. Its leaves are rich in a chemical compound called betaine. In nature or on a farm, betaine helps plants deal with environmental stress, such as low water, high salinity, or extreme temperatures. In your body, though, betaine can behave as a methyl donor – part of a chain of chemical events that leaves a mark on your genetic code. And researchers at Oregon State University have found that, in many people who eat spinach, the epigenetic changes can help influence how their cells fight back against genetic mutations caused by a carcinogen in cooked meat. In fact, in tests involving laboratory animals, researchers were able to cut the incidence of colon tumors nearly in half.

In other words, a trauma in one generation was genetically present two generations down the line. Incredible.

|
[I’m summarizing a study done on twins in the book, one had been bullied, the other had not. The bullying negatively affected a gene called SERT. It codes proteins that move serotonin into neurons, meaning it’s part of the feel good stuff in our brain. These negative changes to this gene can persist long after the bullying has stopped. It can also have a domino effect on the HPA axis in our brain which helps us cope with stress and daily living. This negative domino effect can blunt the stress hormone cortisol, which may sound good at first, less stress hormones, but this condition is also found in people with PTSD. Their body’s are saving them from themselves because they’re in constant stressful situations and avoid cortisol overload, but long-term blunted cortisol response can cause serious psychiatric conditions like depression and alcoholism which are likely heritable.] [Pregnant women who were near the towers on 9/11 when they fell were studied and found the ones who developed PTSD had this same low cortisol response as did their babies and now grown children.] “Moms now have a genetic motivation to watch their diets and stress levels consistently throughout gestation.”
|

I listened to this on my drive out to LA. It has some of the best prose I’ve read (heard) all year.

It’s about a couple of children during World War II.

I struggle to pull quotes from non-fiction books because they’re out of context, but it’s especially hard with audiobooks while driving. I recommend this if you’re looking for a historical non-fiction book that has a great writing style and an engaging story.

A novel to live in, learn from, and feel bereft over when the last page is turned, Doerr’s magnificently drawn story seems at once spacious and tightly composed. It rests, historically, during the occupation of France during WWII, but brief chapters told in alternating voices give the overall—and long—­narrative a swift movement through time and events. We have two main characters, each one on opposite sides in the conflagration that is destroying Europe.

Marie-Louise is a sightless girl who lived with her father in Paris before the occupation; he was a master locksmith for the Museum of Natural History. When German forces necessitate abandonment of the city, Marie-Louise’s father, taking with him the museum’s greatest treasure, removes himself and his daughter and eventually arrives at his uncle’s house in the coastal city of Saint-Malo. Young German soldier Werner is sent to Saint-Malo to track Resistance activity there, and eventually, and inevitably, Marie-Louise’s and Werner’s paths cross. It is through their individual and intertwined tales that Doerr masterfully and knowledgeably re-creates the deprived civilian conditions of war-torn France and the strictly controlled lives of the military occupiers.

Get notified by email of new updates and posts like this one. Never any spam.