Share Tweet When I woke up today I felt like a super hero. Like Peter Parker waking up from getting the spider bite from the first Spiderman movie. I laughed! I could see and I didn’t have to do anything for it. I didn’t have to stumble around for my glasses, or walk across the cold bathroom floor to handle slimy pieces of polymer and poke them into my eye.

I was ready to go for the day! And only yesterday afternoon did I have the iLASIK procedure. I hope by my describing my experience here, it may help others in their decision about the procedure.

I think the psychological effect has been as strong as the physical effect. I have worn prescription glasses since the third grade! And now, in one 30 minute procedure it’s all over. Right before I went into the surgery I handed my prescription glasses to my mom and thought, I’ll never need those again (for the next 15 years or so until I need reading glasses). It’s a very interesting way to change the way you’ve identified yourself for the majority of your life, and then, in almost an instant, it’s different.

Glasses have been apart of my identity since third grade! Not any more. The last image is from my first visit to the late Joe Downing.

When I climbed Denali and some other mountains, I had to sleep with my contact lenses and solution so they wouldn’t freeze. I worried about how dirty my hands might be on trips like that and how much I was touching my eyes. Hang gliding I would have to crane my head even further upward so I wouldn’t be looking over the tops of my glasses into a blurry oblivion. Or pressing a camera against my face and squishing my glasses into my nose and forehead so I could see through the viewfinder. No more.

I do think I underestimated what the actual procedure involved.

The doctor prescribes valium for a good reason. Unfortunately, since I have never taken valium, I wasn’t sure how it would affect me. I think I waited too late to take them for it to have its full effect on me.

I was pretty laid back when I walked into the room, but then when I laid down it all kind of hit me what was about to happen.

I laughed as they threw a funny looking purple dinosaur-shaped pillow on my chest for me to hold on to like I was a child about to get a shot for the first time. But in a few minutes I was gripping that thing with sweaty palms.

I think if I had to do it again I would have a different reaction because I would know from first-hand experience what to expect. But, they can only tell you so much what the procedure is going to be like. I think the most jarring thing was the pressure placed on my eye and the accompanying temporary blindness from that pressure, which was to make the first incision. I’m sure everyone has different reactions to this procedure, but to me it felt like someone pushing their fist into my eye and putting their weight into, as my vision went to black. It was uncomfortable.

I guess I had the idea that anything involving a laser in a medical procedure wouldn’t involve that much pressure. I mean, it’s a laser right? Just cut and we’re done. So the amount of pressure put on my eye kind of threw me for a loop. And then how your vision changes throughout the procedure. It’s not like getting stitches in a cut somewhere and you can close your eyes or look away. It’s your eye, there’s no avoiding knowing exactly what is going on. And it’s difficult, since I don’t think I had the right expectations for my mind not to run wild, like, should I be feeling this much pressure? Is it working right . . .

The other difficulty I had was trying to relax while my eye was being held open by those tong-type things and they were shining a bright spotlight in my eye. You’re natural reaction is to want to close your eye, right? So I think I was making it harder on myself by not being able to relax enough to the point I was fighting it by trying to close my eye the whole time. And, as I mentioned I do think I should have taken the valium earlier.

They only work on one eye at a time. So it helped in relaxing to focus on the eye that is not getting worked on and trying to keep that one open so it would help me relax the one that is getting the work on.

I got iLASIK, which means instead of a blade making the initial cut to your cornea and then a laser making the correction, a laser replaces that blade making the first cut, so there are no blades involved, which apparently makes it easier for the doctor to monitor the incision better than if a blade was making the cut. The place I went to was also a stationary machine. Some places get the machine wheeled in off of a truck, do the procedure, and then it’s wheeled up onto a truck and taken to another doctor’s office. So I like the idea of going to one that is stationary, no chance of calibrations getting jarred in transportation since it’s not going any where.

Near the end (the entire thing too under 30 minutes) I got pretty claustrophobic and was glad it happened toward the end and not the beginning. I think it was a combination of a lot of things, some of the tape felt like it was pulling out my eyebrow, the pressure on my eye, losing my vision in response to that pressure, watching my vision go blurry again as a utensil flips back that flap that was made from the incision, and trying to relax while a bright light was shined into my eye. It’s a lot going on. So I describe it here not to scare any one, but to give an idea of what to expect. And as I mentioned, now that I have gone through it I think I would be much more prepared if I did have to do it again. And everyone has different responses to a procedure like this and these were mine. 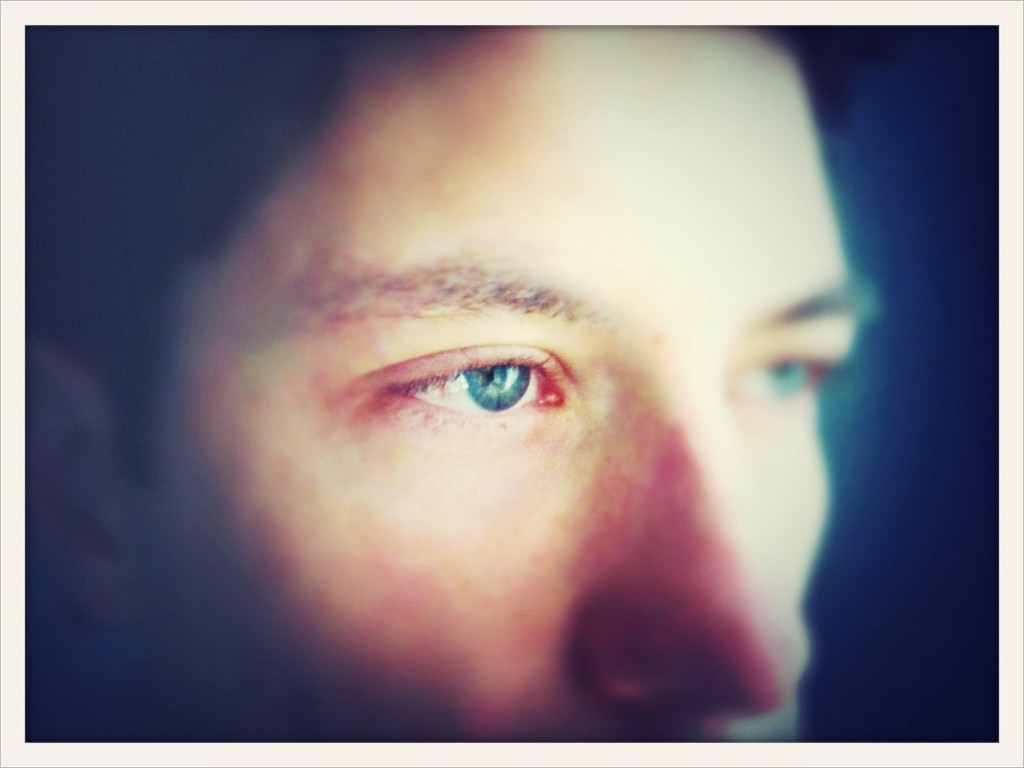 Day after LASIK, not much swelling, eyes aren't very dry either.

The results are well worth it. Right after the surgery my vision was a little blurry and cloudy, but good. Waking up today, it’s basically 100%! I can’t believe it really. I keep waiting for it to go back or something. It really is unbelievable.

I would recommend this surgery to someone seriously considering it, but also would be prepared for the procedure itself and remember to take your valium! If anyone is in or near the south central Kentucky area, I would highly recommend the doctor I had. She has been doing it since the procedure was invented and is a very down to earth, pleasant, professional, and attentive person. Can’t say enough good things about her, top-notch.

So if you’re considering it, I hope this helped. Contact me or make comments below if you’ve got any specific questions about my procedure.